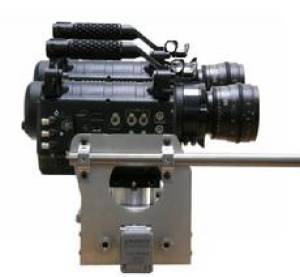 July 2011 – 3D Rigs.com recently provided the 3D Stereoscopic rigs for the first ever music performance to be broadcast live in 3D from South Africa.

On 16 July, South African Supergroup, The Parlotones, rock theatre production “Dragonflies & Astronauts” which was created complete with storyline, sets and characters – around the greatest hits of The Parlotones, was broadcast live in 3D from Johannesburg to 3D cinemas around the globe and to Direct TV’s 3D Channel 3Dn in the United States.

3D Rigs.com worked closely with Alfacam South Africa that provided the OB unit and cameras. Stereographer Russ Bowden comments, “We ran five Pro Ultra Rigs each equipped with Grass Valley LDK 8000 cameras, the 3D Rig control station was set up alongside a Sony MPE 200 control desk in the OB unit and using the Pro Ultra’s advanced rig control software we were able to accurately adjust inter-axial and convergence positions on the fly. Together with the Sony MPE 200, which took care of zoom tracking misalignment, we successfully maintained 3D stereoscopic integrity throughout the performance.”

Ridgeline Entertainment, LLC www.3drigs.com is a state-of-the-art motion picture and television production company founded and run by Doug Stanley.  Doug has been honored with seven Primetime Emmy Award nominations, and he won the 2008 Primetime Emmy Award for his work producing Discovery Channel’s hit show Deadliest Catch.” With two decades of production experience, Doug’s experience in 2D and 3D television production is extensive. Doug is the longest-standing producer of “Deadliest Catch.”

This author does not have any more posts.

Have You Earned the Right to Lead? Ten Deeply Destructive Mistakes That Suggest the Answer Is No (and How to Stop Making Them)
London Uni Computer Centre Team Up With Echo360