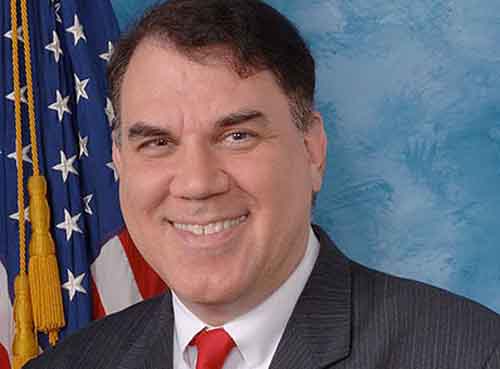 President Barack Obama has been fundraising this week in Los Angeles with stars Will Smith, Magic Johnson, Melanie Griffith, and Antonio Banderas.

On the other hand, Democratic Congressman Alan Grayson will host a very special event for the Party on Nov. 12

Two celebrity fundraiser events will be produced by Ilene Proctor in a single day in support of progressive leaders re-election bid.

A strong leader of the Progressive movement, Grayson introduced the landmark legislation on healthcare (The Medicare You Can Buy Into Act, HR 4789), the clean elections (The Save Our Democracy Platform, HR 4431-35), peace and taxes (The War is Making You Poor Act, HR 5353) and employee benefits (The Paid Vacation Act, HR 2564), which combined, created a powerful Progressive legislative program.

The energetic legislator passed a bill preventing Wall Street from using bailout money for bonuses (The Pay for Performance Act, HR 1664) and teamed up with Rep. Ron Paul to pass the Paul-Grayson Amendment, providing for the first independent audit of the Federal Reserve in a century, which uncovered $ 16 trillion in bailouts.

Grayson’s Mandatory Mediation Program cut foreclosures in his county in half, and was so successful that the Florida Supreme Court ordered it adopted statewide. He attracted over 100,000 signatures on petitions against corporate money in politics, and 100,000 more signatures rallying against cuts in Social Security, Medicare and Medicaid.

He has also been a forceful voice for what has been deemed ‘Progressivism’ in the media.

Now that Obama has completed wrapped his celebrity fundraising parties in Los Angeles, the congressional star democrat is ready to continue turning up the heat with a high profile event produced by Ilene Proctor.